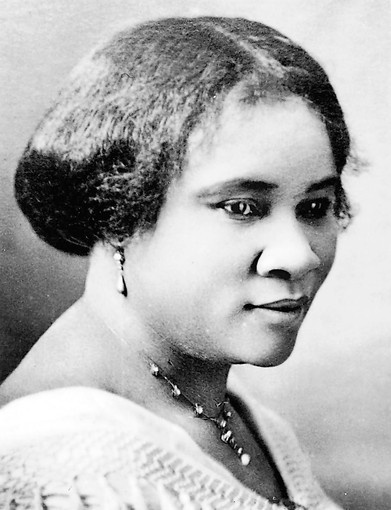 Successful, that’s the word, but things didn’t start this way.

Sarah, was the first person born free in her family in 1867.

Her parents, Owen and Minerva Breedlove, and her six siblings had been slaves working in the Madison Parish plantation and naturally they were very poor after the Emancipation Proclamation that freed them was signed in 1863. Both her parents were said to have died early, her mother of cholera when the epidemic hit in 1872, and her father a year later.

She was 7 years old, orphaned, barely educated and black in racist America. A really bad hand of cards.

At 10 years old, Sarah left home to live with her sister, where her sister’s husband mistreated her and she soon ran away from. She married in 1882 and had her only child, A’Lelia, with Moses McWilliams, who died shortly (can it get sadder?), after his death she moved to St. Louis to become a washerwoman, no, not a slave, a washerwoman: she got paid this time, about $1 a day.

HOW DID SHE BLOW?

Hair products. It began in 1890, the advent of her hair loss. While experimenting with home made and other products to treat her hair, she saw the potential her discoveries had and began selling it.

Other black women like her in the post-slavery period suffered severe hair ailments like hair loss and dandruff (shivers) because most had little money and limited things to use to care for their hair.

In her time, few people made affordable hair products for the kinky hair of former slaves and she took the market by storm, advocating “Cleanliness and loveliness” wherever she demonstrated her products.

Her products centered on gentle treatment and encouraged growth.

In 1905 she was employed to work as an agent by Annie Malone, a successful black-hair entrepreneur in Colorado and later one of her company’s competitors.

While a washerwoman in St. Louis, Sarah met and married Charles J. Walker. He helped create ads for a particular hair growth formula she was perfecting and encouraged her to use, ‘Madam C.J. Walker’ (I guess it had a certain ring to it).

Hair products pioneered by her included the Wonderful Hair Grower made with beeswax, sulfur, and petrolatum, it was given this name because her hair began growing back after using it; the Tetter Salve was created to treat severe dandruff, Vegetable Shampoo made mainly with pressed oil, aided African American hair stay moisturized and Glossine, an oil based ointment was used to protect hair when straightening with hot combs (there’s a misconception that she invented hot combs, she did not, though it was already in use in her time, she also neither invented nor used chemical hair straighteners.)

What made them so popular were Walker’s marketing genius, her demonstrations and charismatic personality.

By 1910, her company was pulling in millions.

This woman went on to train 20,000 beauticians, create jobs for black people, increase pride in appearance among African-Americans, and even joined a delegation to the President Woodrow Wilson to make lynching a federal crime.

Shortly before her death on May 25, 1919, she bequeathed almost $100,000 to charity organizations and individuals, and her will channeled two-thirds of the future net profits of her estate to charity.

The higher quality of life now enjoyed by African-Americans is owed to her and many other pioneers and brave people.

Her estate, the Villa Lewaro, was sold in 1932 following her daughter’s death, to an organization called the Companions of the Forest, it was listed on the National Register of Historic Places in 1979 and is also a National Treasure of the United States. Her company’s headquarters renamed Walker Theatre stands to this day.

She is survived by a great-great-granddaughter, A’Lelia Bundles.

Through these, she lives on.

THEY MADE MOVIES ABOUT HER!!

OK, technically not movies; a play and a TV series.

The play, ‘The dreams of Sarah Breedlove’ premiered at the Goodman Theatre in Chicago in 2006 and Scott Caldwell played the role of Madam Walker.

Octavia Spencer, (my personal WCW) committed to act as Walker in a TV series called ‘Madam C.J. Walker’ which began in 2017, it is based on a biography by A’Lelia Bundles ( remember? Her great-great-granddaughter).

And made a million . 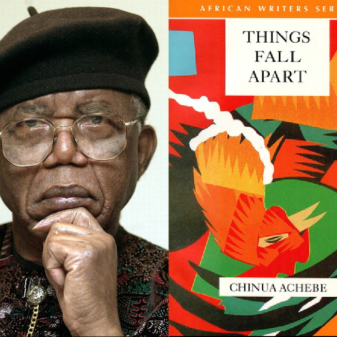