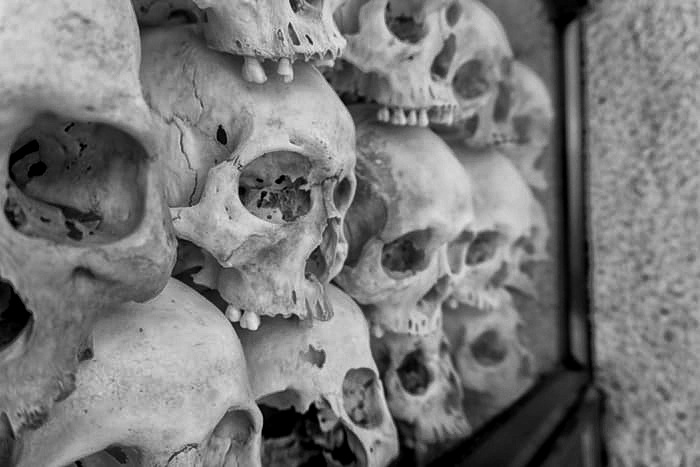 October 5, 1967 was the start of a cataclysmic event that happened in a quiet town close to the Niger River, Asaba in Delta state. This event is called the “Asaba Massacre”, but calling this event which ended and reached its peak on the 7th of October a mere massacre is to reduce the story and disregard what really happened in Asaba, it should be called the Asaba Genocide and I will tell you why.

According to Cambridge University Dictionary,  a massacre is “an act of killing a lot of people”. You might say, “yes, this is what happened in the October Asaba massacre” a lot of people were killed and you might be correct, but what is wrong with this is the covering up of a particular fact. Let’s talk about genocide.

Genocide, a combination of the Greek word genos which loosely translates to race, tribe and whatnot, and the Latin suffix -caedo meaning an act of killing. Britannica aptly puts it as “the deliberate and systematic destruction of a group of people because of their ethnicity, nationality, religion, or race.” And this is what happened in Asaba.

By comparing and contrasting the definitions of massacre and genocide one will be cleared of any confusion in differentiating between a genocide and a massacre, I believe you have been cleared. Lets go back to the awful story of the “Asaba Massacre” and why it is a genocide.

The Nigerian troops had to settle in Asaba, a town in present day Delta state located on the eastern bank of the Niger River.

On October 5 1967, the Nigerian soldiers settled in Asaba, but their stay didn’t bring sweet stories. The Nigerian troops were pained because of the event they had with the Biafran soldiers and so, they raided Asaba at night. Killing every male in every family, for some families, the Nigerian troops sent all of them to a journey of no return. The innocent people of Asaba were accused of supporting Biafra, mind you, Asaba was never part of Biafra though ethnically and linguistically Igbo.

To denounce the allegations and appease the Nigerian soldiers led by Col. Murtala Muhammed so they will stop the killings, leaders and traditional rulers gathered the people to get to the streets of Asaba, smiling and dancing to chants of “One Nigeria”.

Putting on the ceremonial Igbo white clothing which signifies peace, the Akwa Ocha, the people descended into the main street dancing, singing, “One Nigeria” was the song on their lips.

As they got to Ogbe-Osowa village square, the Nigerian troops separated the males from the females following orders from the commander in charge of the Nigerian troops, Murtala Mohammed and Ibrahim B Haruna. Ibrahim B Haruna then ordered that every of the male —both teenage boys, old men, and young men— should be shot in the presence of the women.

The soldiers, waiting for a moment like this cracked their machine guns in unison and with haste, they rained bullets on the men of Asaba even after they pledged one Nigeria. Asaba lost 700 of its men and their bodies were buried in a mass grave. Amidst the women’s wailings, the Nigerian troops took hold of some of the women and raped them consecutively.

Most Nigerians, especially those from the Western and Northern region most times deny the October 5-7, 1967 Asaba Massacre, disregarding it as a “Biafra propaganda”. For those who accept that it happened, they justify it with the saying that “in war, every act is justifiable”, but what they fail to understand is that the men and women killed in Asaba weren’t soldiers but civilians, that the males killed in Asaba weren’t Biafrans but Nigerians, though linguistically and ethnically Igbo.

The 1967 Asaba massacre was a genocide because a particular people, the Igbo people of eastern Nigeria were targeted. The killings of the males was an intentional move to wipe out the Igbos. Thanks to the British (No thanks!) who stopped supplying the Nigerian troops weapons because of the genocidal operations the Nigerian troops were committing in Asaba. Nigeria’s foremost politician, Chief Anthony Eromosele Enahoro who moved the motion for Nigeria’s independence in 1953 (but was unsuccessful) revealed this fact in a somewhat reconciliation meeting between some Igbos and him in New Jersey, USA. He said: “Do you really know anything about what happened during that war? I was the one that stopped late Gen. Murtala Mohammed from further massacre of innocent children and mothers. At a point when Britain refused to sell further arms to Nigeria because they had ample evidence from the Red Cross of the federal forces killing innocent civilians, I confronted Gowon with the fact and that the only way I can get Britain through my contact with their High Commissioner to resume a supply of weapon to Nigeria was that Murtala had to leave that war sector. Either Murtala leaves or I will have to leave his cabinet. Gowon told me that he is willing to call a meeting and on the condition I will be the one to confront Murtala. If there was anybody that Gowon feared so much it was Murtala Mohammed. At the meeting of the Federal Executive Council, I confronted Mohammed with elaborate evidence complete with photographs. He was livid. He could not refute them so he resorted to calling me all sorts of names prompting me to observe before the council that if he was a fine officer as he claims to be, he should not be acting the way he was acting. Needless to say that I was instrumental to his withdrawal from that sector and subsequent appointment as a minister”. This was published in Page 10 of the “The Nigerian and Africa” magazine, in March 1998.

“Between Benin and Asaba only widows and orphans remain, Federal(Nigerian) troops having for unknown reasons massacred all the men” Monsignor Rochcau, one of the two papal delegates representing Pope Paul VI in Nigeria, published in a Paris newspaper, Le Monde. This proves that the genocide that went on in Nigeria wasn’t unnoticed, the world knew.

In 2017, social commentator, Nwanze wanted to tell the stories of the Asaba Massacre but the government didn’t allow him to. In his words: “I was on air discussing the Asaba massacre and a call came from the National Broadcasting Commission (NBC)—‘Shut the show down’. I have been kicked off the air”.

Despite so many evidences of the genocide branded as a war or masssacre, even the famous African writer, Chinua Achebe insists that the Igbos weren’t mere casualties of war, but victims of calculated genocide. The war, the massacres were all premeditated. The sad tale in this is that the perpetrators of the genocide in Asaba branded as Asaba Massacre were rewarded, Murtala Mohammed who was in charge of the soldiers killing males is on the Twenty Naira note, in fact, the busiest airport in Nigeria is named after him. How then do we expect a people to heal?

What do you think about this? Leave your opinion in the comment section. 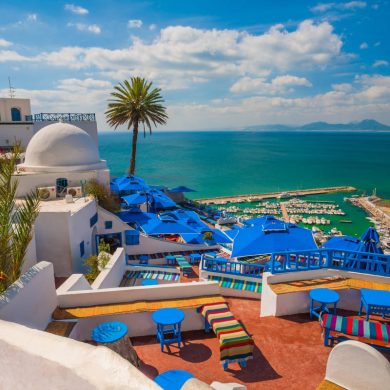