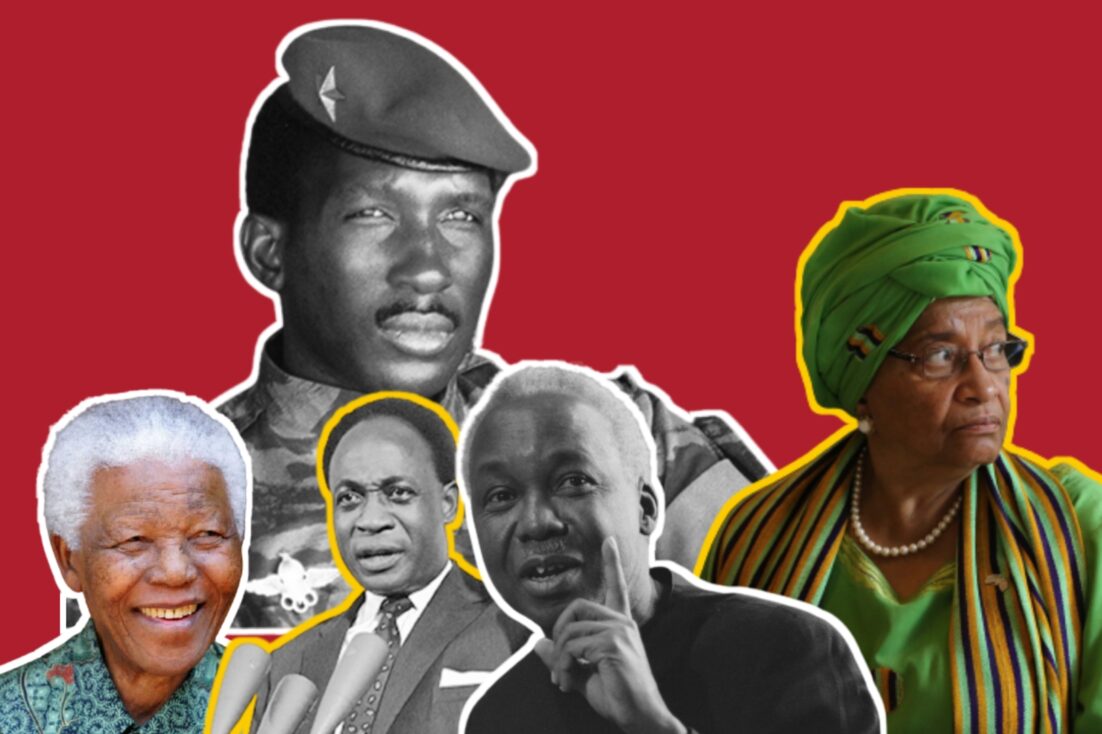 Here is the list of African leaders with the greatest influence in Africa and why. 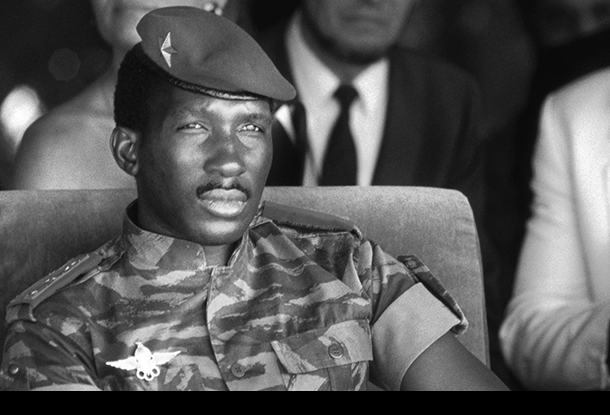 Thomas was a pan-Africanist and revolutionary leader of Burkinabé (Burkina Faso), he was the first President of Burkina Faso and he ruled from 1983 to 1987.

Thomas Sankara gave birth to various policies that made the life of Burkina Faso citizens better, one of such policies is his nation-wide literacy campaign,which increased the literacy rate in Burkina Faso from 13% in 1983 to 73% in 1987. Thomas Sankara also redistributed land from the feudal landlords and gave it directly to the peasants.He invested in the agriculture sector of the country and rose wheat production in three years from 1700 kg per hectare to 3800 kg per hectare, making the country food self-sufficient. Thomas Sankara tenure was cut short by a coup which led to his death, the coup was led by his right hand man Blaise Compaoré who remained in power for 27 years (1987 to 2014).

Even after his death, Thomas Sankara still inspires African activists and revolutionaries.

Mandela’s influence goes beyond the borders of Africa, he is widely recognized and acknowledged for his work in South Africa’s anti-apartheid movement. Mandela was South Africa’s first black president. The Nobel Peace Prize winner ruled South Africa from 1994 until 1999. During his tenure, he fought against racisms and also introduced policies that improved the lives of blacks in South Africa.

Though, unlike Sankara who made sure the blacks got their lands, Mandela policies didn’t level the wealth in the country and till this day most of the wealth of South Africa is in the hands of the  8.9% of white South Africans. M&G reports that the richest 1% of South Africans own 67% of the country’s wealth, with the top 10% owning 93% and the remaining 90% owning a mere 7% . The young people of South Africa are not happy about this facts and are actually demanding and working towards change.

Kwame Nkrumah was Ghana’s first Prime Minister and President and served between the years 1952 to 1966. Because of Kwame’s actions Ghana became the first sub-Saharan nation to gain independence and  break free from colonial rule.

His influence was beyond Ghana and Africa as he united Africans in Europe and America, He co-founded the Organization of African Unity which is now known as the African Union. He was voted as Africa’s man of the millennium in 2000 by listeners to the BBC World Service. Kwame Nkrumah still inspires young Africans till this day.

Patrice Lumumba was one of the humans that played a very important role in transforming Congo from a colony of Belgium into an independent republic. He was a Congolese politician who served as the first Prime Minister of the independent Democratic Republic of the Congo albeit for a very short time.

Lumumba advocated for a strong centralized government in Congo and inspired a lot of Congolese and Pan-Africanist due to his fight against white imperialism. Not long after Lumumba was forcefully ousted, he was assassinated. An assasination which had the fingerprints of Belgian forces all over. Lumumba and some of his associates ( Okito and Mpolo) were killed by the firing squad which later hacked their bodies into pieces and dissolved in acid.

Haile Selassie’s influence goes beyond Africa and he is widely remembered for his key contribution towards Pan-Africanism.  Long before African countries got independence, he led Ethiopia in the 1940s to become a charter member of the United Nations. In fact, Haile’s influence can not be questioned as he is revered as a god by followers of Rastafarianism.

Liberia gave Africa its first female head of state through Ellen Johnson Sireleaf.  During her tenure she was elected as the Chair of the Economic Community of West African States and Liberia became a debt free country.

Ellen Johnson Sirleaf is an inspiration to women in Africa and beyond. She was also awarded in 2011 a Nobel Peace Prize for her work in empowering women and advocating for peace in Liberia.

Samora Machel was a socialist in the tradition of Marxism and a Mozambican military commander. He served as the first president of Mozambique upon its independence in 1975 and served until his death in 1986.

Samora Machel fought tirelessly with the Portuguese to prevent them from gaining control of Mozambique and later negotiated with them for the independence of Mozambique, this placed him as one of the most important figures in Mozambique’s and Africa’s history.

Gaddafi was a Libyan dictator, revolutionary, political theorist and political theorist. Gaddafi became commander in chief of the armed forces and chairman of Libya’s new governing body, the Revolutionary Command Council after a successful military coup ousting King Idrīs I.

Gaddafi also inspired South Africans to fight for their liberation and he funded and armed the anti-apartheid movements as they fought white minority rule, this alone placed him as an African revolutionary. Gaddafi also bankrolled Mandela’s election. Gaddafi also campaigned for and was working towards making Arab and African countries use a new currency instead, the gold dinar, to trade oil. Because these nations have gold in surplus, this will cripple the American dollars and affect the European economy to an extent. Most Africans believe that is why “he had to go”. Ellen Brown, American author, advocate for women’s right and attorney once said this about Gaddafi’s death: “It was about the security of global banking, money and oil.”

Though Libya under Gaddafi was “better” than now, Gaddafi had some sins. Archbishop Desmond Tutu, South Africa’s Nobel Peace laureate, made a point with this statement about Gaddafi “He [Gaddafi] had this wonderful dream about a United States of Africa – like [Ghana’s post-independence leader] Kwame Nkrumah, but I think we are going to remember what happened in the latter days of his rule when he actually bombed his own people.” Gaddafi was involved in crimes against humanity and he was also very involved in growing the African and Arab world. Weird right? There lies his influence. Gaddafi was killed (after escaping various attempts, with one killing his son and grandchildren through a bomb by NATO) by rebel forces after he was caught. Till this date, at the mention of Gaddafi, debates will arise in every corner of Africa. 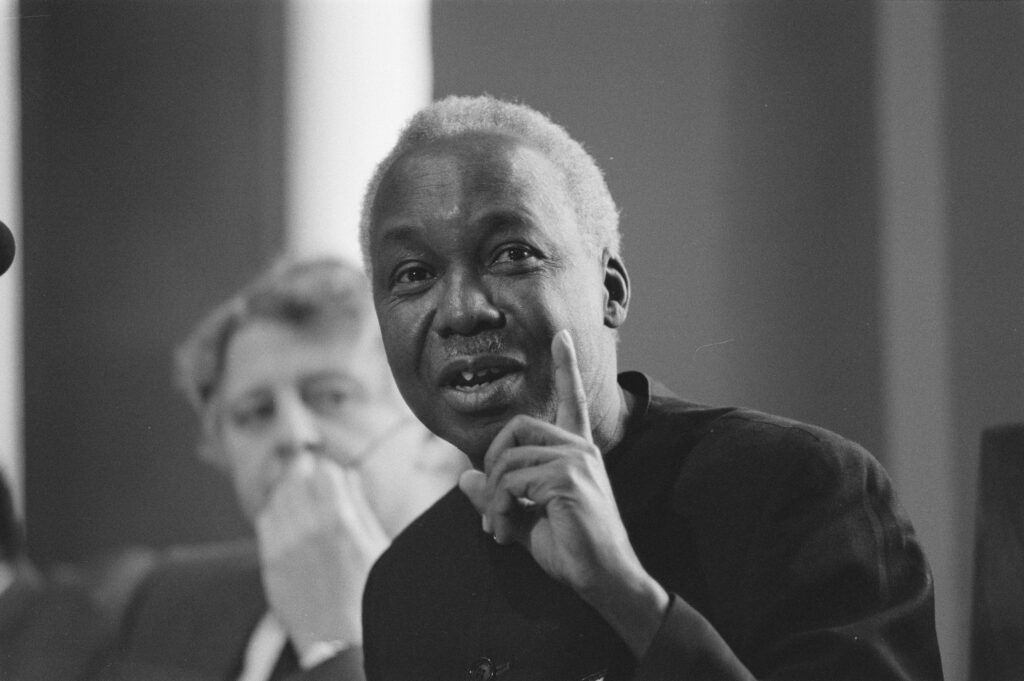 Julius Nyerere is a Tanzanian anti-colonial activist, politician, and political theorist. A teacher by choice and politician by accident, Julius served as Tanganyika’s chief minister and was the first Prime Minister when Tanganika gained independence on Dec. 9, 1961. Julius Nyere also served as the first president of Tanzania when Tanganyika joined with Zanzibar to form present day Tanzania. Julius served Tanzania from 1964 to 1985.

Paul Kagame is Rwanda’s 6th president and current president. He was one of the military leaders who ended the Rwandan genocide in which Hutu extremists killed an estimated 500,000 to 800,000 Tutsi and moderate Hutu after the assassination of Rwandan President Juvénal Habyarimana.

Kagame is very loved in Africa as he transformed Rwanda into a developing African country, he is one of the African leaders, just like Gaddafi, that draws attention to his moves because he is a dictator. Paul Kagame has ruled Rwanda for twenty years now and it is not surprising that he isn’t despised like other African dictators (e.g. Yoweri Musevini, etc) and this is because when he became the president of Rwanda, Rwanda was a torned and struggling country. Even the most optimistic of analysts doubted his chances but he built it into a stable country with social services working and now Rwanda houses Africa’s most expensive building, the Kigali convention centre.

Paul Kagame has a lot of critics outside of Africa and his response to them was ““On Judgement Day, I will get better marks than those who criticise us over human rights”. Paula Kagame critics argue that he stifles dissent voices and political opposition. 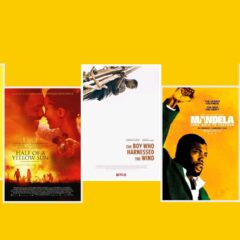 15 Movies About Africa On Netflix 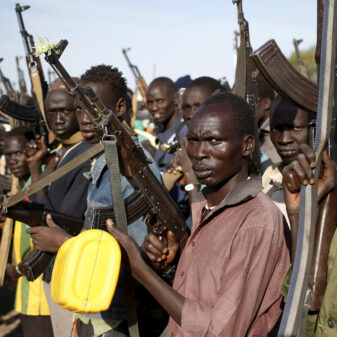