The Mangbetu people have lived in Zaire, an area between two Rivers: the Ituri and Vele rivers in the Democratic Republic of Congo, for centuries. The popular African tribe is famous for several things; their beautiful pottery, music highly sought after by musicologists (one of their harps sells for $100,000!) and skull elongation.

Skull elongation was discovered by the modern world when something bizarre happened: an elongated skull was ploughed up in Australia. At this time, scientists had already concluded that modern man evolution started in Africa, but the skull dug up looked strikingly like an ancestor: Homo Erectus.

A new discussion began, it later subsided as methods to ascertain the exact age of fossils were not in existence…until Carbon dating. When the skull and other skulls like it found also in unusual places were tested, it was seen that they were not that old, the elongated skulls were a recent development.

Historians and archeologists soon cracked the code, humans did this.

Who could do this?!!
From ancient Egypt to France, artificial cranial deformation has recurred in a way that is unrelated to the geographical closeness of the groups of people who do it.This means peer pressure did not cause this, in fact an island country, the Vanuatu of France, practice it till now.

So, why do people do it?
The practice of skull elongation is viewed as an improvement on normally shaped heads by the people who practice it.

It means different things in different cultures. To some it is a symbol of higher intelligence and to others, social status or even spiritual powers.

For the Mangbetu people of Africa, it was a sign of royalty, an indication that one was of the ruling class, and it was done to a child by consistently tightly wrapping cloth around its head shortly after birth until the desired shape was reached.

Its fall from popularity
Due to Western influence and civilization, the practice has lost popularity. It was banned in Congo around the 1950s.

Does It Cause Brain Damage?
I hear you ask, no, it does not. It was thought to, but now it has been ascertained that as long as brain pressure is not tampered with, it does not cause brain damage, this is actually because the human brain is a very plastic organ and will take the shape of the container it is placed in, moreso when the person is an infant.

We, human beings (I acknowledge you may consider yourself some other specie or an alien), tend to leave visible marks to assert we are a higher form of life, distinct from others. Building monuments, chronicling our victories and altering our bodies are some of the ways we have done this throughout historic time.

Needless to say, our hacking habit caused by our belief in an ‘unfinished self’ at birth to be made better in life and human love for distinctness brought about this practice.

What other ways do you think we individualize ourselves?
Tell us in the comments. 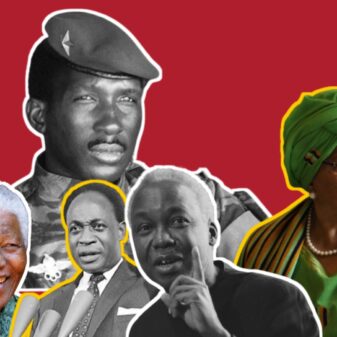