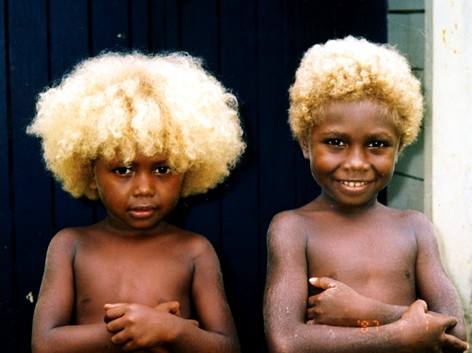 Right from time I’ve always marveled at blonds (‘marvel’ is how I derogate my obsession for blonds), how human hair could be naturally pale. Until recently, I only thought non-black people could be naturally blond but the internet and the Encyclopedia are sweet homes for discoveries, you know? There exists a black community with natural blonds and in this post, I’ll be introducing and unraveling the mystery of the black blonds of Melanesia. Stay with me.

In a wide area stretching from New Guinea to the islands of Vanuatu and Fiji sits a predominantly Christian populace called Melanesia. Melanesia is one of the three major subdivisions of the Pacific Islands. The others include Micronesia and Polynesia. Melanesia is a Greek word for “dark islands”. The name came about in the 1830s when French explorer Jules Sébastien César Dumont d’Urville discovered that the region had inhabitants with dark skin. The crescent-shaped cluster of Islands packed in this region collectively contributes to the 700+ languages spoken there. The largest and most populous Melanesian country is Papua New Guinea. The largest city in Melanesia is Port Moresby in Papua New Guinea with a population of about 318,000 people. Most of these people are of Melanesian ancestry. Melanesians are one of the few non-European people, and the only dark-skinned group of people (except Australia) known to have blond hair.

A Historical View of the Black Blonds

Melanesians are believed to be descendants of some Southeast Asian migrants. According to archaeological and linguistic evidences, the migration happened in two waves. First, the Papuan-speaking descendants arrived on the coasts of what is now Melanesia. Many years later, Austronesians joined the Papuan-speaking population and colonized the interior parts of the islands. Melanesians soon adopted the slash-and-burn approach to agriculture where forests were cut down or burnt for crops to be planted. The most significant crops being root tubers of yam, cassava, taro and sweet potatoes. Melanesians have a thing for pigs. Apart from breeding them, during ceremonies, pigs are usually killed, and their meat distributed to the participants of the ceremonies. (Enough pork to go round.) The coastal settlers touch up the pork diet with sea food. Melanesians live in small villages and have their political life confined to local communities. The production of coffee, cocoa and copra (dried flesh of coconuts) is the major way the villagers make money.

Blond hair is rare in native populations outside of Europe, Central Asia and North Africa –that is, rare in black populations. The black people are known for their dark hair which eases nicely into different intricate styles.

Melanesians, along with some indigenous Australians, are one of a few groups of Non-Caucasian people who have blond hair. The TYRP1 allele is the unique gene responsible for the blondness. It is interesting to note that this gene is not the same that causes blond hair in Caucasians. This is to say that the TYRP1 gene developed independently in the Islands of Melanesia. However, the blondness is more common among children than adults and the hair tends to darken as the individual grows.

Do you know any other black region with natural blonds? Leave a comment below. 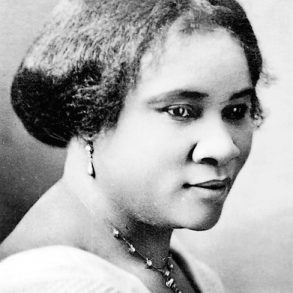 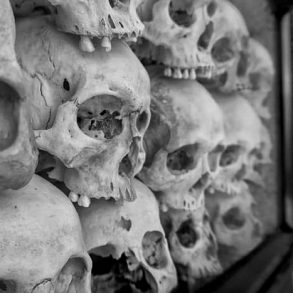 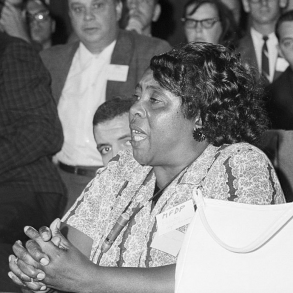 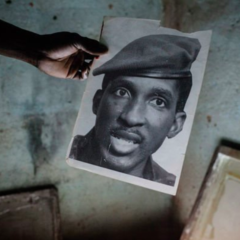 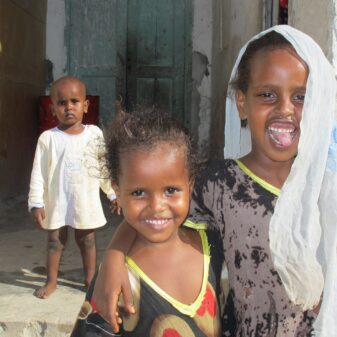